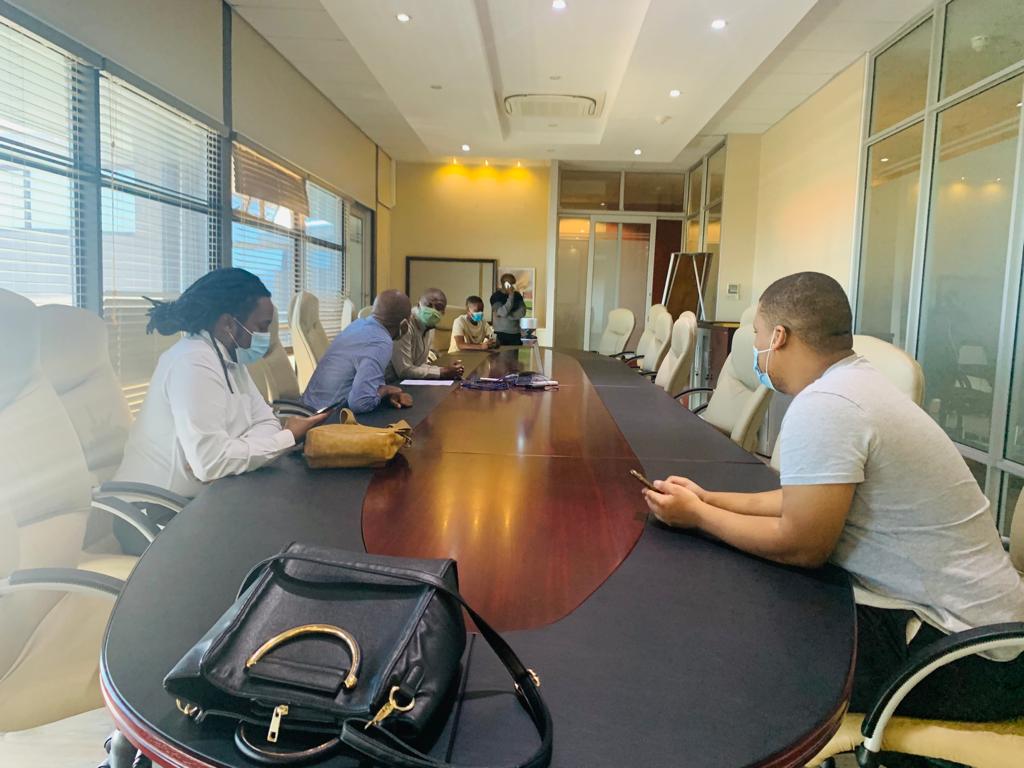 September 2021, which also doubles up as Pharmacy Month, I received a call from a colleague in her Community Service (commserv) post at All Saints Hospital, Ngcobo. The same hospital where I did my commserv the year prior. She asked, “When do I think is the right time to start applying for post-commserv Pharmacist positions? Is it right at the tail-end of one’s service or much earlier?”

An economics question which this article attempts to answer. The supply and demand of a health skill during a pandemic. It is also to highlight the effects on mental health when one becomes an unemployment statistic.

In 1885, King Williams Town (now Qonce) had a population size of 5159, more than double of East London at the time. King Williams Town was a center of commercial activity. “It was also a very important service center for the surrounding area – catering for the social, spiritual, legal, commercial, and medical needs of the inhabitants.” Pharmacists during this era were in direct competition with shopkeepers for the sale of patent medicines and poisons. This threatened their livelihoods with the twin evils of having to survive an economic recession and the bulk buying capacity at lower prices by shopkeepers.

“The pharmacists at King Williams Town organised a petition, dated 7 February 1885, which they delivered to the Colonial Secretary. They demanded that Ordinance 82 of 1830 which governed the pharmaceutical profession, be amended so that pharmacists would be in a position to regulate their affairs. The matter was referred to the Attorney-General’s department which replied that “consideration was being given to the matter.” The pharmacists, dissatisfied with this reply, addressed a further communication to the Colonial Secretary in May 1885, specifically requesting an amendment to the law governing the sale of poisons and patent medicines and demanding a “Pharmacy Act”.’’ Upon realising that all these pleas were falling on deaf ears, a group of seven young pharmacists, gathered on the 13th of June 1885 in a public library in King Williams Town, forming the South African Pharmaceutical Association. This marked a start to a long battle that persists today in raising the status of a Pharmacist in the healthcare profession and society at large.

Forward to 01 January 2021, a bulk of the 2020 cohort of community service pharmacists from the Eastern Cape found themselves without employment. On the 23rd of January 2021, this group of 32 unemployed pharmacists penned a petition to persuade the Eastern Cape Department of Health (ECDoH) to absorb them into the healthcare system to assist in the fight against a raging COVID-19 pandemic. An acknowledgement of receipt of the petition was received from the office of the Director of Pharmaceutical Services in the Eastern Cape on the 26th of January 2021. It was indicated that the matter was being discussed between the affected units within the province, namely, Clinical Support Services and Integrated Human Resource Management after which a response would be issued, without indicating timelines.

On the 26th of January 2021,  Mr Wara Fana (who later succumbed to this menacing COVID-19 disease and may his gentle soul rest in peace), Journalist and Editor of Ubusobethu online newspaper, published our story to highlight our plight.

On the 3rd of February 2021, Mr Bantu Holomisa, leader of the United Democratic Movement (UDM) party also highlighted our plight by appealing to the Premier of the Eastern Cape and the National Minister of Health, http://udm.org.za/210202/ and also posted the same communication on all his social media platforms.

On the 4th of February 2021, following Mr Bantu Holomisa’s posts on social media highlighting our plight, the story gained traction and was published in the Sowetan™ online newspaper and syndicated in other online newspaper platforms.

On the 07th of February 2021 – We then received a letter dated the 04th of February 2021, written on the Office of the Premier of Eastern Cape letterhead, via the Chief of staff in the National Ministry of Health. The contents of the letter were to the effect that the matter has been referred back to the Eastern Cape Department of Health for action.

On the 9th of February 2021, the Pharmaceutical Society of South Africa (PPSA) made contact.

“The Pharmaceutical Society of South Africa (PSSA) and Young Pharmacists’ Group of PSSA is aware of the notice in the media regarding the unemployment of pharmacists in the Eastern Cape. Please note PSSA is a professional association and not a recruitment company”.

The Young Pharmacists Group (PSSA YPG) representative requested that we complete a survey for them to get a better idea of our situation and associated advice. We never received any feedback from the survey. Instead, they sent us webinar links for final year students on CV and interview skills and another webinar on preparation and application for internship.

Parallel to the Pharmacist petition, there was a petition from over 600 community service nurses whose contracts had lapsed. They were essentially fighting for the same thing as the group of 32 Pharmacists. On the 4th of February 2021, a media statement was released by the ECDoH to the effect that, all the nursing staff would be placed in facilities throughout the province and they would be receiving the COVID-19 vaccine and that the department was very apologetic to the nurses and the communities they served. This was the same day we received our rejection letter from the Premier and Chief of staff for Minister of health offices. They were thanked for their gallant service during the first and second waves of the COVID-19 pandemic. The nurses had secured their victory in grand style. There is always safety in numbers. However, on reflection of the events that were unfolding, we made an effort to try and secure a win.

On the 22nd of February 2021, we made our way to Bisho. We were a delegation of ten individuals, some having travelled as far afield as Cala and Tsolo. For some context, an unemployed Pharmacist in Mqanduli, Cala and  Tsolo is worse off than their counterparts in bigger cities like Port Elizabeth or East London because they cannot even do locum work to gain experience or earn some money. They are literally sitting at home. We then met with the Head of Pharmaceutical Services in the Eastern Cape and he read a letter addressed to us and the Pharmacy Support personnel in absentia. The letter was dated  2nd of February 2021 on the header but signed 21st February 2021 (A Sunday) on the footer, by the DDG: HR & CS (Deputy Director-General: Human Resources and Corporate services).

“Pharmaceutical Services through district health facilities and hospitals would like to offer young professionals an opportunity to apply their trade and assist the Eastern Cape in the provision of quality pharmaceutical service and ensuring that essential medicines are available at all material times. Absence of vacant and funded posts in facilities, and the constrained fiscal environment and budgetary constraints within the department make it difficult to hire newly qualified pharmacy cadres.”

This marked the end of our petition journey. Just like the group of 1885 Pharmacists, all our efforts fell on deaf ears. We, however, have not formed society as yet, but have the humble beginnings of a WhatsApp™ Group that is growing daily. Interestingly, towards the end of our community service year in 2020, we were asked to apply for retention and absorption into the healthcare system of the Eastern Cape. However, only bursary holders were offered these positions. It was a pointless exercise, meant to rile up people’s emotions, on no less a promise than that of permanent employment.

A gentleman from organised labour who had attended our meeting at Bisho likened the practice to the job reservation policy that was practised during the apartheid era where people walked into positions without contesting them. Being a bursary holder equals guaranteed permanent employment and is not based on a contract to serve back the years in which you were sponsored.

In 2011, the South African Pharmacy Council published a document called Pharmacy Human Resources in South Africa, which was compiled and edited by the Office of the Registrar. The forewords of the document notes, “A structured and evidence-based appraisal of the pharmacy situation in South Africa informed the development of the plan and it aimed to provide a national guideline for pharmacy human resources to assist the Minister of Health (in terms of the Pharmacy Act, 53 of 1974) in putting together an integrated plan for the country’s entire health system.”

In the executive summary of the same document, it was noted, “There was a shortage of pharmacists with average vacancy rates ranging from 36% to 76%, with one Pharmacist per 3,849 population, below the recommendation of one per 2300 population recommendation by World Health Organisation (WHO). For South Africa to meet the target by 2030, it needed to register an average of 1,200 pharmacists per year, which equates to registering 750 persons per year.” The document also highlighted that legislative and policy changes such as the introduction of the occupation-specific dispensation (OSD) within the public sector in 2009/2010, changes in regulations relating to ownership and licensing of pharmacies and introduction of dispensing fees had an impact on overall human resources in South Africa.

The Eastern Cape is unique in the Pharmacy space in that it is deeply rural and has lagged in the absorption of Pharmacists into healthcare facilities. It is also one of only two provinces that has two pharmacy schools out of the eight pharmacy schools in the country. In other words, the province produces more pharmacists per capita than other provinces. In only 10 years since the publication of the 2011 document on Pharmacy Human Resources in South Africa, the profession has moved from a deficit of skills to an oversupply, maldistribution and unemployment of pharmacists. Quite astounding. This is happening at the height of a pandemic that has never been seen in recent history.

Given all that I have shared above, it is evident that Pharmacy is no longer a scarce skill. In the future, it will not be enough to hold a B.Pharm degree. Individuals will need something much more to gain employment.

My suggestion then to the question posed by my colleague is;

The effects of being an unemployment statistic are devastating for anyone who has a qualification and cannot gain meaningful employment. This is heightened when you are a healthcare professional without employment in the middle of a pandemic because it means the situation will get progressively hopeless.

As I write this, it is Mental Health Awareness Month. After a four year degree, pharmacists have to do an internship year followed by commserv.

The salary that one gets used to for two years comes to an abrupt end with the increase in unemployment and its taxing effects on mental health. It is individuals such as these who are directly affected by depression and job stress. It is a trap that one finds themselves in and cannot do anything about.  No healthcare system in the world can run without pharmaceutical services. It is for that reason that it is important to highlight the frustration that these individuals find themselves in.  The message about raising mental health awareness applies directly to them.

I would like to conclude with a beautiful quote by Tennessee Williams which states, “We live in a perpetually burning building, and what we must save from it, all the time, is love.” It is the love of everything. Your chosen profession, your patients, your colleagues, challenges and those that misunderstand you. It was Hippocrates who said: “Wherever the art of medicine is loved, there is also a love of humanity.”